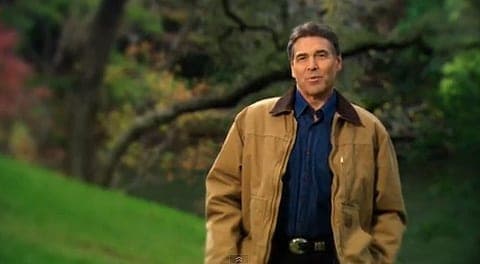 Texas Governor Rick Perry released a statement on today's ruling by a federal judge striking down the state's ban on same-sex marriage:

"Texans spoke loud and clear by overwhelmingly voting to define marriage as a union between a man and a woman in our Constitution, and it is not the role of the federal government to overturn the will of our citizens. The 10th Amendment guarantees Texas voters the freedom to make these decisions, and this is yet another attempt to achieve via the courts what couldn't be achieved at the ballot box. We will continue to fight for the rights of Texans to self-determine the laws of our state."