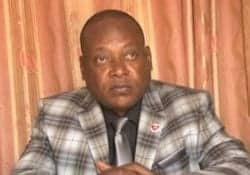 The Democratic Republic of Congo may follow in the footsteps of Uganda if the Congolese National Assembly approves a drafted anti-gay bill currently in legislative limbo, though the level of support there is variable and wavering. Introduced in December by Steve Mbikayi (right), an MP in the Parti Travaillaise Congolais, the bill would criminalize homosexual and transgender-identified people with jail sentences and hefty fines. Mbikayi has cited homosexuality as an identity akin to such acts as pedophilia and bestiality, and given that there are reportedly open-minded and un-closeted communities in Kinshasha, the capital of the DRC, the bill has the potential to do serious damage to a large number of people.

Mbikayi's bill – which has yet to be made public but which has been seen by Think Africa Press – contains 37 articles that would render homosexuality and transgenderism illegal. The proposed penalty for engaging in a homosexual act is 3 to 5 years in prison and a fine of 1 million Congolese francs (about $1,000); while a transgender person would face the same fine and a jail sentence of 3 to 12 years.

The draft also contains a passage promising that the Congolese government will pay three quarters of any medical costs to "correct hormonal disorders that may result in homosexuality."

"The bill emanates from the Travailliste Party's philosophy," Mbikayi explained to Think Africa Press. "In relation to our culture, homosexuality is an 'anti-value' that comes from abroad. Already, in our country, seeing a man with a man or a woman with a woman is considered scandalous. So I promised my base that I would take care of the issue and penalise homosexuals." 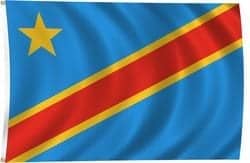 Another similar bill lay dead in the water in 2010 after never receiving a vote, and many activists hope that Mbikayi's will meet a similar fate in the coming months. There is not a consensus, however, on whether or not the bill would meet the support required to enter a session of the National Assembly.

"In the city [Kinshasa], we know gays and transvestites who are known and accepted by their communities. No-one would try to attack them," explains Okakessema Olivier Nyamana, a lawyer from an NGO that works with HIV-positive people. "To me, it seems like political opportunism."

With the next parliamentary session looming, however, others are more pessimistic. "My fear is that the bill will pass next week without anyone noticing," says Françoise Mukuku, the executive director of Si Jeunesse Savait, a feminist organisation that also advocates for the rights of LGBT people in the DRC.

If the Congolese National Assembly approves the bill, which could enter into debate as soon as March 15th, it would become the 38th country in Africa to criminalize homosexuality. Hopefully the activist's outcries and campaigning will overcome Mbikayi's attempt to sign such discrimination into law.