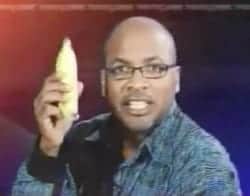 In addition to the public demonstration, Ssempa is also encouraging Ugandans to boycott pro-gay businesses.

However, Ugandan LGBT activists have also published a list of 12 ways you can help the sway national sentiment against the severe anti-gay law.