A federal judge in Michigan rejected the state's first witness in the two week trial challenging the ban on gay marriage and gay adoption, the Detroit Free Press reports: 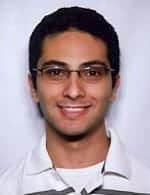 “He’s very eloquent … but right now, all he is offering to us is mainly his opinions,” U.S. District Judge Bernard Friedman said of the witness. “The court does not believe … that he should be allowed to testify.”

This came as a blow to the state in the case, in which two female nurses are seeking to overturn Michigan’s ban on same-sex marriage so that they can marry and adopt each others’ children.

The state had planned on having its first witness – Sherif Girgis – on the stand for up to two hours. Prior to getting dismissed, Girgis spent about 20 minutes on the stand listing his credentials, most of which included lecturing and writing academic papers on the philosophical debate surrounding the definition of marriage. He also has written a book, “What is Marriage, Man & Woman in Defense.”

But Friedman dismissed the witness following arguments from the plaintiffs side, who noted that Girgis is not a lawyer, child development expert, psychologist or expert in Michigan law. He has no experience in the issues that matter in this case, the plaintiffs argued.

Mark Regnerus, the UT researcher, whose rightwing-funded, flawed and biased parenting studies have been thoroughly discredited, is supposedly up next and the trial is to resume at 1 pm.