A court case in Jdeideh, Lebanon has invalidated Article 534, a law which criminalizes "unnatural sexual intercourse," and is being heralded as a major step toward equal rights for LGBT persons. Judge Naji al-Dahdah ruled that the law did not provide clear interpretation for this case, which involved a sexual relationship between a transgender woman and a male lover. 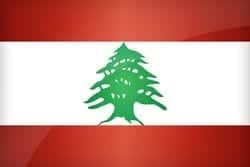 “It’s a big step; it shows we’re moving in the right direction,” said Georges Azzi, a prominent activist for lesbian, gay, bisexual and transgender rights who is also the co-founder of Helem, a Lebanese group that has long been campaigning to change the law.

“The more we have decisions like this the more Article 534 becomes irrelevant,” Azzi told The Daily Star. “Any legal change takes a lot of time but at least this article might stop being used to persecute gay and transgender people in Lebanon.”

A prior ruling, from December 2009, argued that sex between two people of the same gender is another extension of man's nature and therefore cannot be prosecuted. This new case was complicated by the involvement of transgender politics, but LGBT rights activists are pleased with the outcome.

In his final ruling, Dahdah said that a person’s gender should not simply be based on their personal status registry document, but also on their outward physical appearance and self-perception.

“Dahdah is not someone that we know is particularly involved in these issues,” said Azzi. “He’s not part of the circle of activists, lawyers and judges [who campaign for gay rights], which makes his decision even more impressive.”

Azzi nonetheless insisted there was still much to do. “On the judges front we are making huge steps. Now we need to change the attitude of the police and security forces,” he said.