The bill received a large amount of conservative backlash at the time, with one referendum petition from the group Privacy for All Students receiving nearly 500,000 valid signatures, falling just short of the amount needed to get on the 2014 ballot. Though the manual recount of the petition yielded similar results, opponents believe that some signatures were thrown out. Now they have filed suit against California's secretary of state. 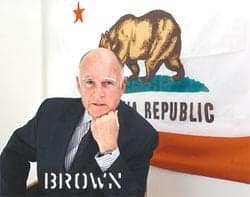 “We have served the Secretary of State with another legal action asking her to qualify the referendum and we have served county officials across the state with a demand for the documents to prove the abuse of discretion in rejecting more than 131,000 signatures,” Gina Gleason, director of faith and public policy at Calvary Chapel Chino Hills, wrote in a press release issued Tuesday morning…

“Keeping boys out of the girls’ bathroom and locker room is an issue of privacy and safety,” she wrote to PFAS supporters. “Counting all of the valid signatures is an issue of integrity and trust. We must fight for all of these things. Thank you for your continued support in this battle.”

The flagrant disregard for the sensitivities and tact necessary when discussing youth who are transgender-identified is disturbing. The evidence being used by the Pacific Justice Institute, the firm working with Privacy for All Students, while justifiably outraged, seems sketchy at best.

In the PFAS press release, Matthew McReynolds, an attorney for the Pacific Justice Institute…said his signature was one of those rejected by his local registrar of voters.

“You read that correctly — a petition from one of the key backers of the referendum, more familiar than most with the rules, was not good enough to satisfy elections workers here in Sacramento County,” he wrote. “So what did I do wrong? The explanation was that my signature didn’t look exactly like it had on my registration card. And you know what? They’re probably right; my signature has undoubtedly changed over the last few years as I have become totally blind and no longer able to see what I’ve written. That’s a long story that I’ll save for another day. But my disability shouldn’t prevent me from participating in such a core function of democracy as signing a referendum petition.

“What’s really scary is that I only found out I had been disenfranchised because I am very involved in the massive effort by the Privacy for All Students coalition to examine the signatures that were invalidated.”

Proponents of the bill are confident that the lawsuit will not hold up and that the fate of AB 1266 remains secure.