And the change has been painful to watch. "It's been heartbreaking to watch this issue rip through the church," he said. "It's tearing churches apart, tearing denominations apart, tearing Christian colleges apart, and even tearing families apart. Our board felt we cannot jump into the fight on one side or another on this issue. We've got to focus on our mission. We are determined to find unity in our diversity."

"I think you have to be neutral on hundreds of doctrinal issues that could divide an organization like World Vision," he said. "One example: divorce and remarriage. Churches have different opinions on this. We've chosen not to make that a condition of employment at World Vision. If we were not deferring to local churches, we would have a long litmus test [for employees]. What do you believe about evolution? Have you been divorced and remarried? What is your opinion on women in leadership? Were you dunked or sprinkled? And at the end of the interview, how many candidates would still be standing? It is not our role to take a position on all these issues and make these issues a condition of employment." 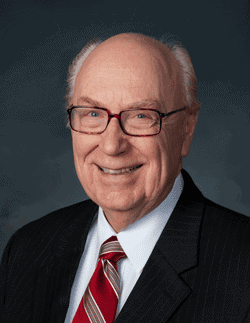 Naturally, right-wing Christianists — like Franklin Graham, Matt Barber, Bryan Fischer, and Peter LaBarbera — were all severely disappointed with the decision and denounced World Vision U.S. for “selling out,” “no longer believing in the bible,” “abandoning morality” and “supporting sinners.”

Upon hearing of the change, George O. Wood (pictured, right) — the general superintendent of the world's largest Pentecostal denomination the Assembly of God — encouraged his organization's over three million members to consider withdrawing their financial support from World Vision U.S. and re-directing their contributions to "Pentecostal and evangelical charities that maintain biblical standards of sexual morality."

Many donors also took to World Vision's Facebook page to announce their refusal to continue sponsoring children for food and educational missions central to the group's humanitarian efforts.

Then, less than two days later World Vision U.S. reversed its decision. Stearns says that a number of supporters cancelled their donations in response to the March 24 employment policy change, but contends that the decision to reverse the change "is not about money or income":

"It's a sincere desire for us to do the right thing. To be consistent with our core values, and to respond to the legitimate feedback and counsel we have received from supporters and friends of World Vision.

"There's an effort on the part of World Vision U.S. not only to be subject to the authority of Scripture, but also to be sensitive to being a member of an international partnership. There are 50-some World Visions in the world. Especially in Africa and Asia, the position World Vision just rescinded would have been troublesome." 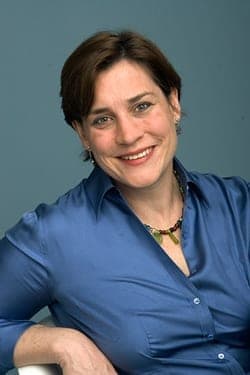 Stearns also added that the friends of World Vision U.S. "tried to point out in loving ways that the conduct policy change was simply not consistent … with the authority of Scripture" and that he wishes in retrospect that he had consulted more with Christian leaders first before deciding to accept married gay employees.

He added, "What we are affirming today is there are certain beliefs that are so core to our Trinitarian faith that we must take a strong stand on those beliefs. We cannot defer to a small minority of churches and denominations that have taken a different position."

“We are devastated by the decision of World Vision USA to purposefully exclude married lesbian and gay employees after only recently taking an important first step in addressing inequality in their workplaces. While they said their aim was to respect the diversity of religious viewpoints on marriage, they have now buckled under the pressure of the radical right and alienated millions of fair-minded people of faith.

“At a time when people are losing their lives around the globe simply for being who they are, such a reversal is not just sad but is sends a potentially catastrophic message. The Gospel calls on us to stand with the marginalized wherever they are. Many of the poorest people around the globe who World Vision serves are doubly marginalized because of their sexual orientation or gender identity. At a time when Pope Francis is asking, 'Who am I to Judge?' World Vision has decided they can judge with impunity and at great cost to those who need them the most.”

Previous Post: « A Daughter Deals With Her Dad’s Gender Transition In ’52 Tuesdays’: VIDEO
Next Post: Obama Denounces Russia for ‘Targeting’ Gays in Speech to EU: VIDEO »