A Taiwanese court has rejected a gay couple’s appeal against a government agency for refusing to register their marriage, The Standard reports: 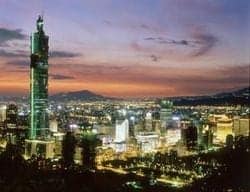 Gay rights activist Chi Chia-wei and his partner filed a complaint with the Taipei High Administrative Court last year against a government agency that turned them away when they tried to register their marriage.

The court on Thursday ruled in favor of the agency, saying it did not violate the law which stipulates that "a marriage contract should be between a man and a woman''. Chi has launched multiple legal bids to seek recognition of his marriage since 1986 but all have been rejected.

"The government is outdated and makes no progress over the years. This case concerns not just me but the welfare of all homosexual people. This is unfair and I will appeal,'' Chi said.

Legislative proposals that would legalize same-sex marriage and allow married couples to adopt children were introduced late last year, which led to widespread anti-gay protests in the East Asian state.