In a new interview with The Telegraph, Modern Family actor Ty Burrell says he believes that the show has helped the gay community.

He discusses how it's appeal to conservatives could have changed some of their views on gays and lesbians: 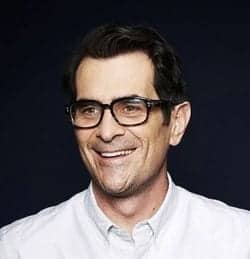 “This is probably a little overwrought, but I do actually think the writers are making the world a better place,” Burrell says earnestly. “It’s one of my favourite things about the show. I love it when I talk to conservatives and they’re describing all three couples, and they never mention that one of them is gay. That’s the brilliance of the writing. In a completely unaggressive, apolitical way, they are showing this couple as completely normal dealing with ordinary stuff. The banality of it is the most revolutionary thing.

“I think if you turned around and asked that same conservative person how they felt about gay marriage, that probably hasn’t changed for them, but the seed has been planted none the less. It’s progress and it’s the coolest thing.”

One person we hope will soon become a regular viewer of the show: Tennessee senator Joey Hensley.