In December 2010, 18-year-old UK fashion student Ben Cowburn (right) overdosed on drugs, killing himself and leaving behind a baffling and unnerving story. Cowburn, who had moved to London in 2009, had reportedly been in a relationship with a famous television actor that may or may not have led him to a compromised emotional state. Fueled in part by promises of gifts (in exchange for Cowburn's styling work), the romantic relationship was also heavily infused with drugs, alcohol, and, as some believe, unwanted sexual attention. 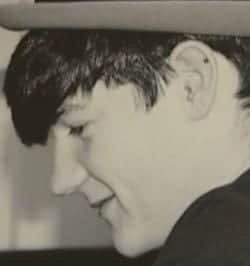 The comedian, who in the inquest was referred to only as “Mr X” to protect his identity, allegedly showered the teenager with gifts before taking him to drink and drug-fuelled parties.

The inquest also heard of how Mr Cowburn was persuaded to strip in front of a group of men and of how the comedian occasionally crept into his bed for sex.

Cowburn's parents were reportedly wary of the situation from the beginning as the comedian likely already had a stylist and did not need the student's help. When their relationship did end, Cowburn attempted suicide several times before being admitted to Longreach hospital.

David Taylor, a nurse, told the inquest that the student had felt embarrassed and ashamed and thought he had been groomed by the man, although claimed the sexual relationship had been entirely consensual.

A different story from the Metropolitan Police claimed that when Cowburn could not pay for a cab to leave one of the actor's parties he was offered a bed and woke up to find the man lying next to him. The police noted that Cowburn's sister, Laura, said that she had been led to believe that he had been raped.

However, police decided there was no conclusive evidence that the teenager, who had sent Facebook messages to the celebrity, had been physically coerced into sex and therefore there were no grounds for questioning Mr X.