Wyoming state Rep. Troy Mader is standing by a book he wrote three decades ago during the AIDS crisis which advocated quarantine for sexually active gay men and warns that they prey on children, the Casper Star-Tribune reports: 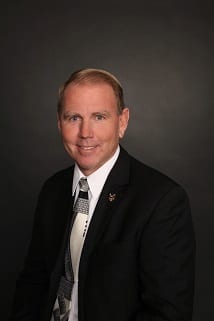 Mader said in an interview with the Star-Tribune the research featured in the book may be a little outdated, since it was written when HIV and AIDS were still relatively new to the medical community. But he still maintains gays are more likely to be promiscuous that heterosexuals, contributing to the spread of sexually transmitted diseases.

“If you want to participate in that particular lifestyle, that’s your choice,” he said during a telephone interview. “But I reserve the right to say, ‘Hey, there’s risk involved.’”

The AP notes that part of the thesis of the self-published The Death Sentence of AIDS: Vital Information For You and Your Family’s Health and Safety, is that gays use AIDS as a weapon against straight people:

Among the claims in the book are, “[h]omosexuals…purposely infected women to pass AIDS infection into the straight population,” and that “[m]any homosexuals demand the right to have sexual acts with children of any age, including infants.”

The book is mostly comprised of quotes that Mader compiled from sources ranging from Newsweek to “What Homosexuals Do (It’s More than Disgusting),” a publication by Paul Cameron, who is described by the Southern Poverty Law Center as an anti-gay propagandist. The law center is an organization that investigates what it describes as acts of hate.

Marriage between one man and one woman has been the pillar of society since the beginning of history, he said.

“And we can play words semantics all we want, but we don’t have the standing to change it,” he said. “It will remain the same regardless of what any legislature does.”

Mader was sworn in this year to represent House District 52 after the death of GOP Rep. Sue Wallis.

Previous Post: « Lady Gaga’s ‘Brooklyn Nights’: AUDIO
Next Post: Father Held in Slaying of Texas Lesbian Couple ‘Didn’t Like the Idea of Her Being Gay’: VIDEO »