Delegates at the UK’s Union of Teachers annual conference this week reported a growing number of schools have begun introducing bans on the promotion or positive portrayal of homosexuality.

The wording of many of these bans apparently mirrors that of Section 28 – the controversial clause introduced under the Thatcher Government in the late 1980s. 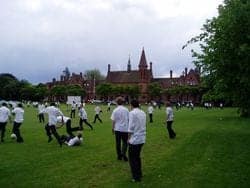 Deborah Glynn, from St Helens, Lancashire, cited research by the British Humanist Association to the conference which, she said, showed that there are many schools bringing this wording back into their policies.

"A lot are fundamentalist groups – mainly Christian," she said.

She said she had worked in one academy which had done this, but which had subsequently withdrawn the words after negotiations.

"All schools can draw up their own sex education policy but they must ensure they do not discriminate unfairly on grounds of sexual orientation,” a Department of Education spokesman said. “Our sex and relationship education guidance makes it clear that schools should not promote any sexual orientation.”