A new lawsuit challenging Ohio's gay marriage ban has been filed in Cincinnati, the AP reports: 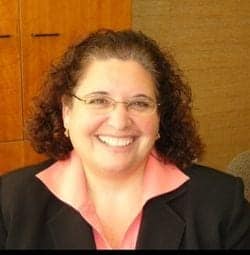 The lawsuit was filed in federal court in Cincinnati on behalf of six gay Ohio couples who say they are in love and want to get married.

"They have an urgent need to affirm their commitment to one another before their children, their family, their friends and their community," the lawsuit said. "For plaintiffs, marriage is a deeply held value. They want to be married in Ohio, their home state."

…Wednesday's lawsuit was filed by the same law firm that filed a February suit that led a federal judge to order Ohio to recognize out-of-state same sex marriages. In his April 14 order, Judge Timothy Black said Ohio's refusal to recognize gay marriage is a violation of constitutional rights and "unenforceable in all circumstances.

The law firm representing the plaintiffs writes in a press release:

“The couples in this case are in love and deeply committed.  They want to get married.  Some have been engaged for years but cannot marry here, at home, surrounded by family and friends, because Ohio forbids it.  Ohio’s unequal treatment of these couples is unconstitutional and cannot continue.  Nobody’s constitutional rights can be voted away.”

Plaintiffs include six same-sex couples who wish to marry.  The six couples standing up to bring this case have been in committed relationships for between two and nineteen years.  Traveling elsewhere to get married is not an option for most of the plaintiffs.  Michelle Gibson, the lead plaintiff, has multiple sclerosis and uses a wheelchair.  Other plaintiffs have elderly parents and grandparents who cannot travel.  One couple has two young developmentally disabled sons.  Another couple has already made a guest list with over 300 people, but only a handful of them could afford to travel to another state for the wedding.  More importantly, no Ohioans should be forced to leave Ohio to get married.

Here is the complaint if you'd like to read it.

On April 16, Black stayed his ruling except in the case of the four couples who sued. He said Ohio must recognize their marriages immediately.

A ballot measure drive is also underway in Ohio. This week an LGBT group earned approval to begin collecting signatures to put a measure before voters to repeal the state's ban.