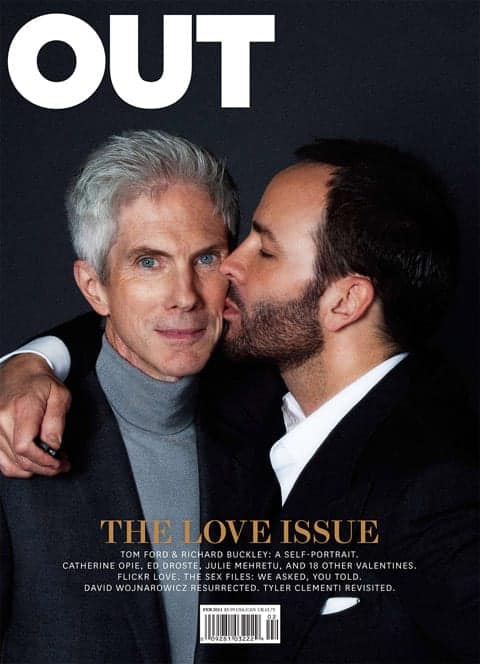 Designer and film director Tom Ford revealed to an audience at London's Apple store last night that he married his partner of 27 years Richard Buckley, the Telegraph reports:

"We are now married, which is nice," he said, proudly showing the audience his wedding ring. "I know that was just made legal in the UK which is great, but we were married in the States."

"If you're in the business of a brand it's one of the best things that could happen to you," he said, adding that hearing 60,000 people scream his name at a Jay-Z concert "freaks me out."