For the seventeenth year in a row Exxon Mobil shareholders have rejected policies protecting LGBT employees from workplace discrimination. 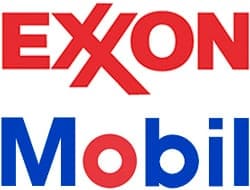 Now the company’s board says it doesn’t need protections for LGBT workers because:

“ExxonMobil’s existing global policies… prohibit all forms of discrimination, including those based on sexual orientation and gender identity, in any company workplace, anywhere in the world.”

“Over fifty years of practical experience has firmly established that there is heightened sensitivity to discrimination only when categories are enumerated. If ExxonMobil is as committed to zero-tolerance as they claim, there’s simply no reason to have fully-inclusive policies. Until then, their commitment to equality will rightly be questioned.”

A 2013 lawsuit filed by the LGBT labor-rights group Freedom to Work alleges that Exxon Mobil uses discriminatory practices to hire straight workers over equally-qualified gay ones.

Furthermore, a recent report co-authored by Freedom to Work and the HRC also shows that LGBT workers face higher incidents of workplace discrimination despite the increase of LGBT civil protections.

In the meanwhile, The Advocate has alternatives for those looking to support gas companies with greater LGBT-inclusivity, including Chevron and Shell.