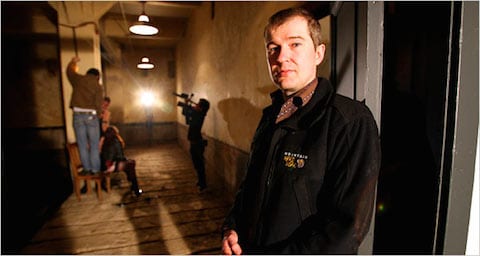 You have spent valuable donor money battling the adult video production community for many years as what appears to be your priority. This dates back to lawsuits you filed against AIM (the much cherished performer-created testing facility and database) which eventually put them out of business, to your lobbying efforts with Cal/OSHA, to numerous complaints you have filed against my and other production companies, to Measure B which mandates condoms in LA, to various bills you have sponsored with Assemblymember Isadore Hall, and on-going PR attacks on the industry.

If the current direction continues, I believe it to be inevitable that what remains of the adult video industry will leave the state. Worse, I believe the safety protocols the industry already has in place will become jeopardized.

Lastly, I know you have mixed feelings about PrEP, the new medical regimen that can help prevent HIV transmission. It’s not well-understood yet by performers, but I believe we owe it to the communities we serve to evaluate this on its merits. The fact is, none of the performers you bring to your press conferences would have been protected had AB1576 been passed ten years ago, because no California condom law is going to protect performers during their personal lives, or shooting on unregulated sets overseas.