Judge Niemeyer, a Reagan-appointee to the district court in 1988 and then a George H.W. Bush appointee to the appellate court in 1990, is among the more conservative judges on the court. The main thrust of his questioning yesterday was that the plaintiffs, same-sex couples in Virginia, were seeking recognition of a "new right," a right to "get gay married." To Judge Niemeyer, there is no right to "get gay married" in the Constitution and any time the Supreme Court has spoken about the fundamental nature of the marriage right, it was in reference to opposite-sex marriages.

If you listen to the audio, you get a taste of two different emotions in Judge Niemeyer's words: spitefulness and resignation. He simply does not see gay relationships on an equal footing to heterosexual relationships. That is obvious from his comments about the plaintiffs' relationships being "different" and "new" and his choice to designate them as "B relationships."

What is remarkable about Judge Niemeyer's argument is that it is at once a legal argument — if you are trying to create a technically new right, you cannot rely on statements from previous cases — and a devastating swipe at the dignity of gay persons. It is a homophobic and hateful argument and taps into conservatives' deepest unease about gay people. And here it was on display at a federal appellate court, previewing arguments we have seen and can expect to see again from jurists like Antonin Scalia.

The other two judges on the Fourth Circuit panel seemed to recognize Judge Niemeyer's spiteful rhetoric and decided to talk passed him.

This opened the door for the best line of the day. 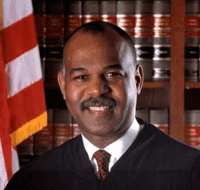 Judge Roger Gregory, an original Clinton nominee who was installed temporarily as a recess appointment after the 2000 election and then renominated by President George W. Bush, was more than skeptical of arguments posed by Austin Nimocks, the lawyer supporting the ban from the right wing Alliance Defending Freedom. Mr. Nimocks talked a lot about children and how the ban on same-sex marriage ensured that children would not be deprived of a household with a mom and a dad. That position, which presumes that one mom and one dad are somehow the best arrangement from raising children (it is not!), has been laughed out of court in California and, more recently, in Michigan.

Judge Gregory then asked, "If you’re concerned about the children, why does Virginia want to rip that (a loving household) away from a child” just because the parents are of the same-sex. When Mr. Nimocks replied that both a mom and a dad are needed, Judge Gregory was having none of it and he called Mr. Nimocks out on his true motive: “It’s really disingenuous, your interest in children.” 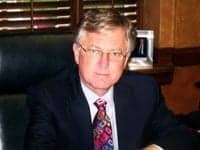 Judge Floyd, an Obama appointee to the appellate court but a George W. Bush appointee to the district court, asked fewer questions, but seemed moved by the Supreme Court's pro-equality line of cases. To him, Justice Kennedy had made both Judge Niemeyer's and Mr. Nimocks's arguments almost entirely inapplicable. The question was about equal dignity, not about a mom and a dad.

In the end, the panel seems likely to affirm the lower court ruling striking down the Virginia gay marriage ban. And although there is no deadline for a decision, the fully-staffed Fourth Circuit has recently improved its opinion release rate. I would expect a decision by the end of the summer.

Previous Post: « Eurovision 2014 Host Pilou Asbaek Was Banned From Wearing Rainbow Colors Because It Was ‘Too Political’
Next Post: Dallas Morning Show Host Storms Off the Air After Objecting to Michael Sam Kiss: VIDEO »