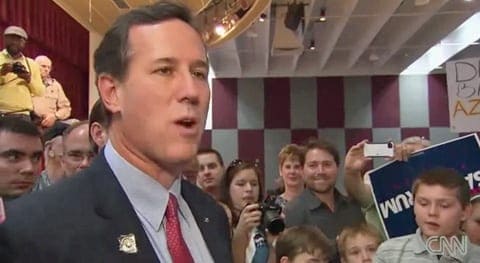 In 2002, Rick "Frothy Mix" Santorum recommended John Edward Jones III for U.S. District Court for the Middle District of Pennsylvania, saying he “understands our values and traditions.” Jones was then appointed by then-president George W. Bush. So it comes as a great surprise that a Republican, Bush-appointed, Santorum-backed judge would be the one to strike down Pennsylvania's gay marriage ban. 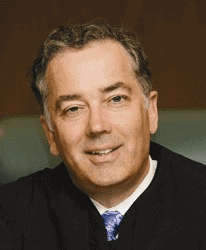 Even better, Pennsylvania Governor Corbett said that he would not challenge Jones' ruling, saying in part,

Throughout the debate on this important and meaningful issue, I have maintained that Commonwealth officials and agencies would follow the provisions of Pennsylvania’s marriage law unless or until a court says otherwise.  The court has spoken, and I will ensure that my administration follows the provisions of Judge Jones’ order with respect for all parties.

The irony is so deliciously sweet it'll rot your teeth.

For his own part, Santorum has been quiet on the issue, and on gay issues in general of late. ThinkProgress points out that Santorum never addressed the striking down of the marriage ban on his Twitter account, nor when he appeared on Fox News just minutes after. He has also not responded to several media outlets who called to inquire.

It's too much to hope that Santorum has changed his opinions on gays at all, but perhaps he's finally realizing that campaigning against equality is a losing issue, particularly for the younger voters that the Republicans are hoping to attract, and will instead focus his time and efforts on more productive efforts such as increasing the federal minimum wage.