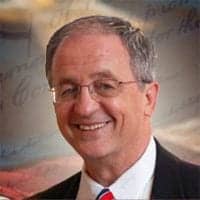 Rabidly anti-gay Virginia Del. Bob Marshall (right) is calling for the impeachment of Attorney General Mark Herring (below) over his refusal to defend the state’s ban on same-sex marriage in court.

In an email to supporters, Marshall accused Herring of “removing all standards against same sex or sodomy ‘marriage’ in America, to the detriment of children and the well-being of society.”

Marshall (R-Prince William) took the rare step [towards impeachment inquiry] Thursday, two days after spotting Herring at a federal appeals court hearing over the state’s ban on same-sex marriage. Herring’s support for overturning that ban and his decision last month to grant in-state college tuition to some Virginians who came to the country illegally as children are among the actions that pushed Marshall to action. 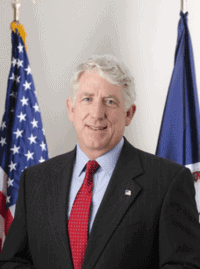 Outside the courthouse in Richmond, which was besieged by protesters, Marshall and his wife bumped into a woman pushing a baby stroller and wearing an “Impeach Herring” button.

“It was my guardian angel saying, ‘Go ahead and do it,’ ” Marshall said in a telephone interview Thursday evening.

Marshall insisted the gesture is sincere and not meant merely as political theater. But opposition from the Republican speaker of the House of Delegates, where the state constitution calls for impeachment proceedings to begin, makes Marshall’s chances slim.

Marshall also threatened to impeach any judge who might overturn bans on same-sex marriage.

Marshall is well-known in Virginia for his past anti-gay campaigns, including his attempts blocking gays from serving in the Virginia National Guard, blocking the Gay Pride flag from being flown at the Richmond Federal Reserve Bank, and blocking a judicial nominee on the grounds that he was “an aggressive activist for the pro-homosexual agenda.” He has also spoken at length about his belief that “sodomy is not a civil right.”