In defiance of Attorney General John Suthers, Clerk and Recorder Hillary Hall is continuing to issue same-sex marriage licenses in Colorado as of this morning. This comes after Wednesday's ruling from the 10th Circuit of U.S. Appeals striking down Utah's ban on gay marriages. Despite Suthers claims that the licenses are invalid by default, Hall is undeterred. 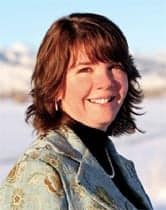 "That's their opinion. We disagree with it," Hall told the Denver Post. "We will be here issuing marriage licenses until a Colorado court or the Supreme Court tells us to desist."

Hall's office made the decision to enforce the Court of Appeals' ruling after they interpreted that issuing the licenses was now legal. Carolyn Tyler, a spokeswoman for Attorney General Suther, countered saying that because the 10th Circuit stayed its decision, the marriage ban is still enforceable, technically speaking.

"Couples across Colorado have been waiting a long time to have their right to marry the person they love recognized," Hall declared in a press release. "I want to act immediately to let them carry out that wish."