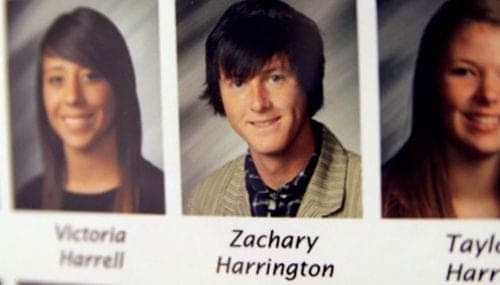 Broken Heart Land, an expectation-eschewing documentary from directors Jeremy and Randy Stulberg, begins with an all-too-familiar tragedy in the rural American landscape: the suicide of a gay teenager. From there it weaves a far different story than one might anticipate, opting for a complex exploration of a family struck by death and a town in the throws of an identity crisis.

The setting, Norman, Oklahoma–home to the University of Oklahoma–is seen by many citizens as a bastion of liberal goodwill in one of the nation’s most conservative geographic regions. In reality, though, the town is largely inhabited by Christian conservatives and other folks who fall uneasily within a murky spectrum of political thought.

Two such people, Van and Nancy Harrington, are the parents of Zack, a reserved guy who came out in high school, seemingly without significant fanfare and with ardent support from his family. We learn very little about Zack, save for his participation in the high school color guard; his sudden suicide leaves him even more of an enigma. Only when his grieving parents receive the coroners report do they, and the audience, find out that Zack was HIV-positive and had been treating himself with drugs bought on the street. It is a surprising turn of events within the film. One friend, overcome with emotion and unsure whether or not to speak on the matter, recounts the way that Zack finally told her, after over a year of hinting, about his status. The wound of his death is clearly still fresh for everyone involved, and this particular revelation throws them for a loop. The trailer, which we reported on previously, framed Zack’s HIV-status as the central mystery within the narrative, but its reveal comes early, both in the run time and in the mourning process. The film actually seems far more concerned with picking up the pieces and understanding just how great an impact Zack’s death had, particularly on his mother and rather surprisingly on small town politics. 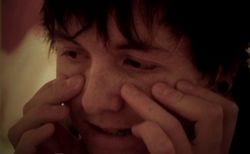 Just before Zack’s death, he may or may not have attended the Norman town council meeting where an LGBT History Month proposal was discussed and voted on. The mystery of his attendance reflects the unknowable qualities of his personality, but it is no matter in comparison with the bigoted and disturbing diatribe unleashed by many of the town’s most influential conservatives, including Chad Williams, an assistant pastor of a local mega-church and an eventual candidate for town council.

The dueling campaigns of Williams and an openly lesbian opponent form the backbone of much of the documentary, framed by the broken and embittered family at the center of the tragedy. Both Van and Nancy Harrington are self-proclaimed Republicans and supporters of the LGBT rights movement, an almost oxymoronic combination these days, and their understanding of politics is shaken throughout the film by national trends (see: the Tea Party) and the closer-to-home town council race. Nancy joins a Norman group called Moms Of Many (MOM), formed in the wake of Zack’s death. She learns about the representation of the LGBT community in politics, campaigns for Williams’ competitor, and, in a particularly tense scene, confronts the pastor after all of her LGBT-related questions are ignored at a debate amongst the candidates. Van is largely seen sitting on a couch at home, watching Fox News, and smoking a cigarette; the grief is palpable and nearly unbearable.

Still, both he and Nancy traverse an arc, from disbelief and upset about Zack’s status (his keeping it from them more so than the fact that he was positive) to a state of sad but empowered motivation to create change. We eventually see them dedicate a bench in Norman to their son and march in an AIDS Walk in his memory. 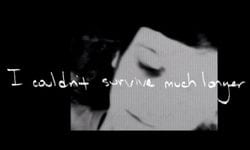 Ultimately the “broken heart land” of the film’s title seems twofold. It is a comment on the nature of grief and tragedy, rendered so vividly in the lives of the Harringtons, and it is an observation about the shifting, highly oppositional politics of a nation, and particularly the midwest. The Harringtons are a family awakened to their own faults, their political aspirations, and their beliefs. The same, unfortunately, cannot necessarily be said for Williams and others in the more conservative contingent. They stand behind a “we love everyone enough to tell them that they are wrong” facade, never owning up to what the filmmakers and the Harringtons come to believe: something, many things, must be wrong in a society where someone, Zack, would take his own life. LGBT inequality, non-comprehensive sex education, and perhaps even organized religion come under fire. While there is no conclusive reason behind Zack's suicide, beautifully-read passages of his tormented poetry and journals accompany nostalgic video footage throughout the film, giving prophetic voice to a young man no longer able to speak his mind.

Broken Heart Land is a powerful, unexpectedly political, and deeply sad documentary. At its center lies a teenager who could have lived a long, fulfilling life, given the support he deserved all along.

You can stream Broken Heart Land online at worldchannel.org, or catch it airing The World Channel through this weekend.