Idaho Governor C.L. 'Butch' Otter has requested that the Ninth Circuit Court of Appeals take up the appeal of the state's gay marriage case with a full 11-judge panel rather than just three judges. 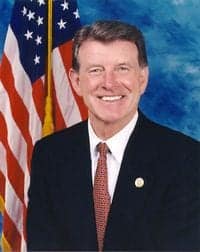 An initial en banc hearing in that case, the filing suggested, would allow the Ninth Circuit to have a circuit-wide, binding decision on the issue of same-sex marriage, as well as the issue of the level of judicial scrutiny that should be applied to laws that discriminate on the basis of sexual orientation.

The state also points to the ongoing dispute in SmithKline Beecham v. Abbott Laboratories as a reason for the Ninth Circuit to resolve the scrutiny issue in the Idaho case. In the SmithKline case, a Ninth Circuit judge called for a vote on whether to rehear that case with an en banc panel.

More at Equality on Trial.