The United Nations Human Rights Council’s “Protection of the Family” resolution passed Thursday has the potential to become the groundwork for LGBT discrimination under international law. Uganda, Egypt, and Russia are among the countries responsible for the creation of the resolution, many of whom have explicitly anti-LGBT track records. This comes only a few weeks after the U.N. unanimously elected Uganda’s Foreign Minister Sam Kutsea, an ardent opponent of LGBT rights, as president for its 69th session. 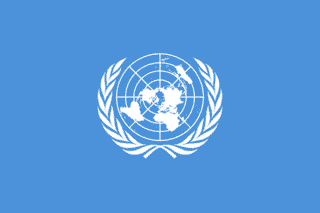 Though the resolution does not limit its definition of a singular family to those consisting of one man and one woman, attempts at re-wording the language to be more inclusive have been blocked despite being supported by France, Ireland, and Chile. In not clearly articulating a recognition of different kinds of families, “Protection of the Family” carries the potential of being used to ignore families headed by same-sex couples, single parents, extended family members, or non-biological legal guardians.

The resolution is being held up as proof that there is global opposition to what is often perceived as a bullishly pro-LGBT rights agenda being led by the bulk of Europe and the United States.

“The defeat of various forms of the family demonstrates that the UN is weary of these kinds of debates,” Said Austin Ruse of the Catholic Family and Human Rights Institute. “Most of the member states would like to move on to issues that concern the whole world and not just elites in the [global] North.”

“It is a travesty for the UN to ignore reality,” said Julie de Rivero, director of advocacy for Human Rights Watch with the Human Rights Council. “Insinuating that different type of families don’t exist can do nothing but harm the children and adults around the world who live in those families.”

Read the resolution below:

Resolution on Protection of the Family by jlfeder