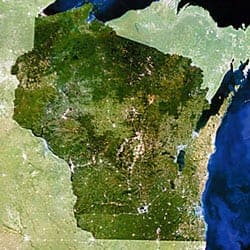 A federal judge in Wisconsin Friday struck down the state’s ban on same-sex couples marrying and, while some clerks began issuing marriage licenses immediately, the state attorney general said he would seek an emergency stay. In Wolf v. Walker, U.S. District Court Judge Barbara Crabb (a Carter appointee) said the ban violates the constitution’s guarantees of equal protection and due process. She said she would address the state’s motion for a stay after she receives briefs from both parties later this month as to how they think she should word an injunction against enforcement of the ban.

WHAT THIS IS NOT ABOUT: 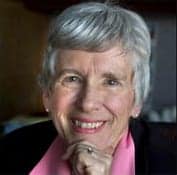 In her 88-page decision in Wolf v. Walker, Judge Barbara Crabb addressed concerns of opponents head on: “This case is not about whether marriages between same-sex couples are consistent or inconsistent with the teachings of a particular religion, whether such marriages are moral or immoral or whether they are something that should be encouraged or discouraged…. Quite simply, this case is about liberty and equality, the two cornerstones of the rights protected by the United States Constitution.”

NOT ABOUT THE LAWS OF NATURE:

Judge Barbara Crabb also had this to say about conservative organizations’ argument that marriage is essentially about procreation: “Civil marriage is a legal construct, not a biological rule of nature, so it can be and has been changed over the years….”

A private attorney filed a lawsuit in federal court in North Dakota Friday, making that state the last one whose ban on same-sex marriage is under challenge by a lawsuit. Joshua Newville of Minneapolis filed the lawsuit, Ramsay v Dalrymple, on behalf of seven couples in Fargo.

The owner of a wedding business in Des Moines has appealed to the state supreme court to stop an investigation by the Iowa Civil Rights Commission of the business’s refusal to serve same-sex couples. Lambda Legal announced June 5 that it had filed a brief with the Iowa Supreme Court on behalf of a same-sex couple who had been refused service by the Gortz Haus Gallery. The group notes that the Iowa Civil Rights Act prohibits discrimination based on sexual orientation in public accommodations.

The language was not part of the G-7 agenda going into the June 4-5 meeting, but the “Declaration” issued June 5 by the seven nations of the G-7 summit calls for the promotion of “all human rights.” The final statement says: “We reaffirm our commitment to the protection and promotion of all human rights and fundamental freedoms, including religious freedom, for all persons. We recognize the need to show unprecedented resolve to promote gender equality, to end all forms of discrimination and violence against women and girls, to end child, early and forced marriage and to promote full participation and empowerment of all women and girls.” The G-7 nations include Canada, France, German, Italy, Japan, the United Kingdom, and the United States. 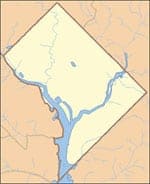 Washington, D.C.’s Pride parade Saturday was sponsored by the Marriott Hotels, whose owner is from a devout Mormon family and contributor to the Mitt Romney campaign.  The parade was led by a U.S. military color guard. And in an address to celebrate Pride Month at the Pentagon June 5, DOD Deputy Secretary Robert Work singled out several people for recognition. Among them were Brigadier General Tammy Smith, the first openly gay general officer in the U.S. military; Amanda Simpson, the highest ranking transgendered civilian appointee to the DOD; and Eric Fanning, Under-Secretary of the Air Force.