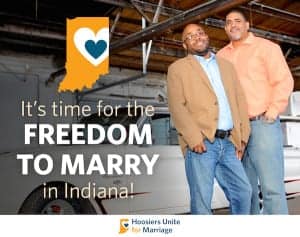 "We're a public education campaign, so we are geared toward making sure we are highlighting the stories of people," he said. "We feel like we're at a really critical mass locally and nationally with everything that happened with HJR-3. People are having these conversations." […]

Campaign organizers will also ask people to endorse the group. The effort will focus on prominent community members and "folks that might be more unlikely to do that, like Republicans and Libertarians," Megrath said.