A newly released Vatican document calls on the Catholic Church to be less judgmental towards gays and encourages dioceses to welcome children of gay couples into the faith with equal dignity – further signaling the Church’s shifting tone on LGBT issues. 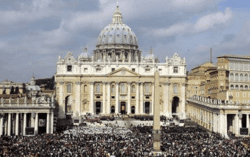 The 75-page document, based on responses to a questionnaire sent to dioceses around the world, will be discussed at a Vatican meeting of the bishops this October.

While the new document did not signal any immediate change in the Church's condemnation of homosexual acts and its opposition to gay marriage and to the adoption of children by gay people, it used language that was remarkably less judgmental and more compassionate than past Vatican statements.

It said that while bishops remained opposed to governments "redefining" marriage by permitting same-sex unions, the Church had to find a balance between its teachings on the traditional family "and a respectful, non-judgmental attitude towards people living in such unions." 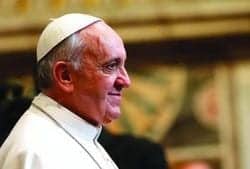 While ex-Pope Benedict called homosexuality “intrinsically disordered,” and an obstacle to world peace, Pope Francis has led the effort to "rebrand" the Church in a more LGBT-inclusive direction, saying last July "If someone is gay and is searching for the Lord and has good will, then who am I to judge him?"

The document noted that a number of Catholics who responded to the questionnaire felt "a certain unease at the challenge of accepting these people with a merciful spirit and, at the same time, holding to the moral teaching of the Church …"

"However, when people living in such unions request a child's baptism, almost all the responses emphasize that the child must be received with the same care, tenderness and concern which is given to other children," it said.