Matt Barber, an attorney and vice president of Liberty Counsel Action (which GLAAD describes as an "anti-LGBT legal outfit"), says he hopes that the recent Supreme Court Hobby Lobby decision, which granted businesses the right to not provide contraceptive coverage to their employees, might also apply to anti-LGBT businesses who might otherwise be forced to accommodate LGBT people. 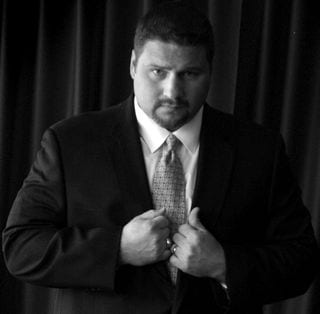 "Praise God. The prayers of many saints have been answered," Barber says at the outset of his article on his website BarbWire.com:

The implications of this victory for freedom cannot be overemphasized as the decision holds essentially that First Amendment religious liberties are applicable to corporations. It protects those with pro-life views from being forced by the government to be complicit in (pay for or provide) abortion homicide procedures, whether chemical or surgical.

There will be much analysis to follow and it remains unclear, but this bodes somewhat well for religious liberty in the context of how Christian business owners who sincerely hold to the biblical view of sexual morality may (or may not) “associate” with others who are engaged in the counter-biblical “LGBT” lifestyle or other forms of sexual immorality.

Barber also recently spoke out against what he sees as gays "homosexualizing the boy scouts," which most recently manifested itself when a group in favor of making the Boy Scouts inclusive to gay people marching in the Columbus, Ohio pride parade.

He was recently interviewed by Linda Harvey of Mission America about the event:

The homosexual activist agenda, they are at the forefront of child corruption. That's a major part of their agenda. They want to own the minds of children, because they know they can then own the minds of the future. So these kids' young minds are malleable, they can be propagandized and indoctrinated. And so it is absolutely reprehensible that they are exposing these children to this perversion, to this highly sexually charged, these open acts of public displays of nudity. You know it's just absolutely appalling. But that's what the homosexual activist agenda did. They homosexualized the military and now they're homosexualizing the Boy Scouts and politicizing the Boy Scouts and it's just simply disgusting to watch. It's appalling to watch. But they take every institution, they take things that are noble and good and they swarm in like a horde of locusts and they don't care what damage is done because it helps further their agenda. Then they fly away and what's left is a husk of what was there to begin with.