A sharp uptick in diagnoses of sudden maculopathy, a drastic impairment of vision, are being attributed to the use of poppers according to Reuters. While it is unclear how exactly poppers are physiologically causing the damage, cases of rapid vision loss following their use are becoming more and more common. 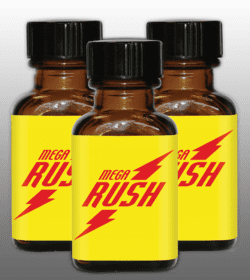 Upon examining a man in his early 30s who reported using poppers recreationally Dr. Anna Gruener, an opthamologist at Guy’s and St Mary’s Foundation Trust, observed  uncharacteristic yellow spots on his fovea, a section of the eye for sharp central vision. The man reported significant loss of vision even after ceasing to use poppers for six months.

“Over the past 18 months or so I have come across almost 10 patients with poppers maculopathy, whilst several years ago I had not even heard of the condition, same with a lot of my colleagues,” Dr. Gruener told Reuters Health. “I felt it was important to raise the issue and increase awareness.”

Isobutyl nitrate, the primary nitrate liquid in poppers, was banned by the EU in 2007 amidst concerns about their potential health impacts. Gruener suspects isopropyl nitrate, introduced to replace the old chemical composition may potentially be to blame. Reports of “poppers maculopathy” began to surface in France in 2010 and 2011 before appearing in the U.K. in 2012.

Poppers, most commonly used as a recreational aphrodisiac, have existed in something of legal limbo for many years.

Amyl nitrate, sometimes used to treat angina and cyanide poisoning, was banned from recreational use (as poppers) in 1969 in the U.S. Since then, popper manufacturers have continuously tweaked the specific kind of nitrate compounds in their products as previous combinations are outlawed.