The Sixth Circuit Court of Appeals is lining up the cases for a pretty impressive combo score on August 6th and will be hearing six discrete marriage equality cases from Kentucky, Michigan, Ohio, and Tennessee. 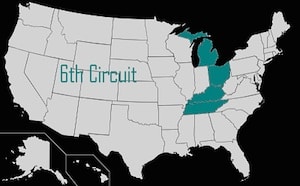 From the National Center for Lesbian Rights:

On August 6, the U.S. Court of Appeals for the Sixth Circuit will hear oral argument in six marriage equality cases–the most marriage cases that any federal circuit court has ever heard in a single day, and the fourth argument to be heard by a federal circuit court since the United States Supreme Court's decision last summer striking down the Defense of Marriage Act (DOMA).

Oral arguments will begin at 1pm ET at the Potter Stewart Courthouse in Cincinnati, Ohio.

Previous Post: « Westboro To Hold AMA On Reddit Days Before Protesting Its ‘Fag’ Co-Founder Aaron Swartz
Next Post: Man and McConaughey Will Find a Way in the New ‘Interstellar’ Trailer: VIDEO »