Speaking on Understanding the Times With Jan Markell last weekend, “ex-gay” activist Stephen Bennett said that “a handful of powerful homosexual activists” are trying to turn the U.S. upside down 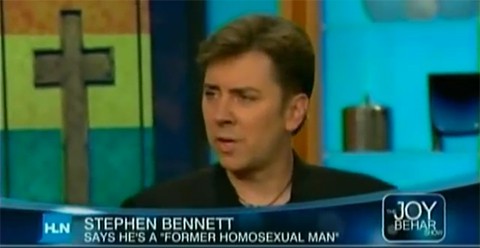 Claiming that “two and a half percent of the population is gay,” Bennett said that “maybe five percent are militant activists who are trying to turn this country upside down.”

Bennett continued that LGBT activists are demanding equality but that “anyone with a brain” realizes that homosexuality is not equal to heterosexuality.

Bennett also weighed in on same-sex marriage, claiming that “marriage isn’t to be decided by a government or judges or courts; this is God, God is the one who designed this.”