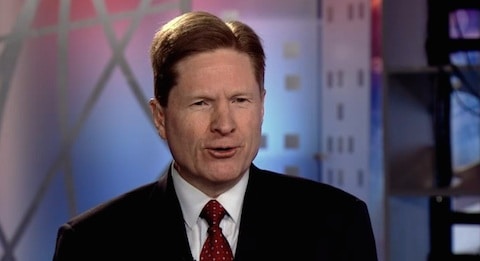 In a blog post published on Monday, Peter Sprigg, FRC’s senior fellow for policy studies, compared Williams' struggles with addiction and depression to people struggling with their sexual orientation.

Comparing “ex-gay” therapy with addiction rehab, Sprigg asks why “socially liberal political activists” are not also trying to ban both:

“I ask the question because such activists are trying to ban a form of mental health treatment – not drug and alcohol rehabilitation, but 'sexual orientation change efforts' (SOCE), also known as 'sexual reorientation therapy.' Such therapy involves assisting people with unwanted same-sex attractions to overcome them.

“Whatever the motivation [for “ex-gay” therapy], there are those who have simply made a choice to walk away from the homosexual lifestyle, without clinical help – much like how Robin Williams simply stopped using drugs and alcohol in the 1980’s. Others have sought professional help, perhaps at the urging of family members, in the form of 'sexual reorientation therapy' – much like when Williams entered a formal alcohol rehab program in 2006. Whether simply through personal development, religious counseling, or with the help of a licensed or unlicensed counselor, thousands (if not millions) of people have experienced significant changes in one or more of the elements of their sexual orientation (attractions, behavior, or self-identification).”

Back in July, Sprigg said that the Employment Non-Discrimination Act represents a "direct assault on moral values," and is actually just an effort to legislate the "immorality of those who accept homosexual conduct."