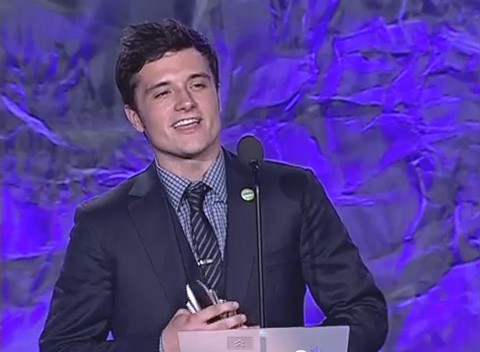 Hunger Games star Josh Hutcherson, in partnership with Straight But Not Narrow, The Trevor Project, and human I-T, has launched Power On – a new campaign to provide low-income and rural LGBT youth with refurbished digital devices.

From now through October 16’s Spirit Day, the organizations will be working together to encourage teens to donate their old and unused laptops, tablets, and smartphones to be, through the campaign, refurbished and distributed to LGBTQ resource centers across the United States.

According to GLSEN’s “Out Online” study, more than half of LGBTQ youth who were not out in person had used the internet to connect with other queer people and like minded individuals. “…For young LGBTQ people, it may not be easy to find others like them nearby,” said Abbe Land, executive director and CEO of The Trevor Project.

Said Hutcherson, who donated one of his own computers to the campaign:

“It's awesome to know that it'll be used to help a young person out there who, before this campaign, wasn't able to get access to information and resources that could really help them,"