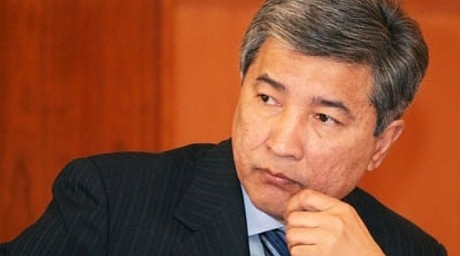 Akim Imangali Tasmagambetov (pictured), the mayor of Kazakhstan's capitol city Astana, has accused the global media of promoting "false and unacceptable social vices," noting that homosexuality has been "forbidden for centuries in the religious world."

The mayor quoted American sociologist Joseph Overton in delineating what he calls "gay propaganda," asserting that certain "techniques" can be used by the media to change public opinion.

Pink News has a lengthy quote that outlines Tasmagabetov's argument:

It has not just become a political norm in a range of developed countries, but the perception of the society has been distorted to such an extent that the US state of California approved a compulsory course on historical accomplishments of representatives of sexual minorities. I think you see for yourself how the topic is promoted in the international media. A reasonable question under the circumstances is what to expect next?

The answer to Tasmagabetov's question may well be a chilling one. At the end of his speech, he said that his vision for education is to build a society that "resists gay propaganda.”