Yesterday's marathon arguments before the Sixth Circuit Court of Appeals reminds us that one judge can have a lot of power. A three-judge panel consisting of one Clinton appointee and two George W. Bush appointees could be the first federal appellate court to side against marriage equality in the post-Windsor era or they could join the chorus of colleagues tossing these discriminatory bans on the ash heep of history. Based solely on the questioning from oral argument, it may come down to one judge: a conservative named Jeffrey Sutton. 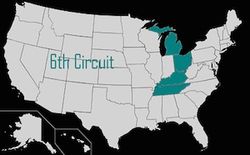 Attorneys for Michigan, Ohio, Kentucky, and Tennessee took turns arguing that the bans are justified because only opposite sex couples procreate naturally. Judge Martha Craig Daughtry questioned how it was possible that keeping gays out of the institution of marriage could in any way help or encourage heterosexuals to give birth to more kids. One attorney even cited the decreased birth rates in Europe and Russia as a reason for encouraging opposite sex couples to marry. But, as Judge Daughtrey, the most vocal judge, noted, it is unclear how discriminating against gays achieves that goal.

Judge Deborah Cook spoke the least. She has a history of anti-plaintiff, conservative decisions on discrimination. When she did speak, she seemed to suggest that states have broad power to regulate marriage and could maintain traditional institutions as they see fit.

Judge Sutton is a bit of a wild card. A conservative — he wrote in the Harvard Law Review: "Count me as a skeptic when it comes to the idea that this day and age suffers from a shortage of constitutional rights" — Judge Sutton voted in favor of the constitutionality of Obamacare and does not always follow a party line. His questioning was back and forth, balanced between the sides. A review of his questions and a cursory analysis of some of his writings and decisions suggest that he is primarily concerned with judicial modesty and restraint. He thinks that the federal courts have done too much, creating new rights and reading rights and regulations into the Constitution that do not belong.

It is unclear whether that preference for restraint means that he will deny that a right to marry exists for gay couples.

He wondered if his court could even make a decision or whether the judges were bound by a 1971 Supreme Court decision (Baker v. Nelson) that said that marriage lawsuits do not belong in the federal courts. Almost every other court to address marriage equality addressed and dismissed the Baker canard: gays had not recognized federal rights in 1971; today, after Windsor, after Lawrence, and after Romer, is a different time. Judge Sutton didn't seem too sure. 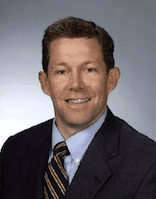 f he could get passed the Baker threshold, Judge Sutton still was holding his cards close to his chest. He was pretty clear that the states could not win if antigay discrimination merited some form of heightened scrutiny, but he did not hint that he was leaning in the heightened scrutiny direction.

Perhaps the most interesting part of Judge Sutton's questioning came later in the day when he wondered aloud if the plaintiffs in the cases really want the courts to get involved when the marriage equality movement seems to be gaining political steam and social esteem. Judge Sutton implied, true to his radical vision of judicial abdication of responsibilities, that political outcomes are somehow more legitimate than judicial ones.

It is hard to imagine that view as a legitimate basis for deciding against the marriage equality. Judge Sutton has written a lot about how federal judges do too much. He would prefer that judges take a back seat to the political process, an entirely conservative position given the greater access that money and majorities have to political votes. But just because he prefers judges abdicate their constitutional responsibilities should not absolve him of actually deciding the legal questions before him. The legal questions involve equality and fundamental rights, not some policy preference for more judicial modesty.

This is why marriage equality hangs in the balance. Judge Sutton was not clear where he stands.