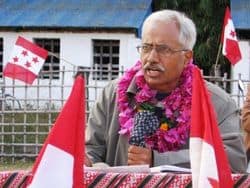 In 2007, Nepal decriminalized homosexuality and ruled in favor of protections for the equal rights of LGBTI people. However, the law ministry is currently preparing to push anti-gay laws that will punish gay sex with three years imprisonment.  The law would also prohibit same-sex unions. 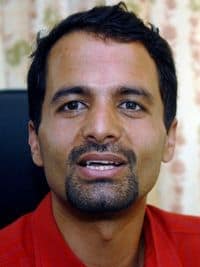 "Many third genders are forced into heterosexual marriage, ruining both lives. Codifying such forced and heterosexualised relationships to third genders serves only to create needless suffering to our families and relatives. The notion that third gender and same-sex relationships are unnatural is absurd and wrong, as proven by our historical and religious texts. The more we exclude and isolate LGBT people, the more we hurt everyone. Because if a person has no right to go to school, no right to get jobs, cannot contribute to the economy of the country, cannot contribute to the culture, they become burden to society.

"All Nepalis who believe in equality and tolerance must raise their voices. The right to justice of all marginalised peoples is under threat from a regressive state. They are going to be excluded, marginalized, discriminated against, criminalised and demonised."

Previous Post: « Kids React to Typewriters: VIDEO
Next Post: Actor Ben Whishaw On The ‘Courage’ It Takes To Come Out As Gay – VIDEO »