A new poll released Friday shows that while the Republican Party is warming up to the idea of openly gay candidates, members are still strongly opposed to same-sex marriage and most would be upset if one of their children came out as gay. 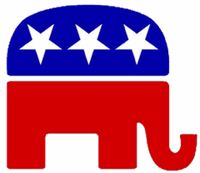 A new poll from McClatchy and Marist College shows that 68 percent of Republicans say they would be no less likely to support a well-qualified gay candidate, and 59 percent say they prefer that states decide same-sex marriage rather than the federal government — a stance that effectively is allowing such unions to take hold across the country.

Three in 10 Democrats and independents said they would be upset.