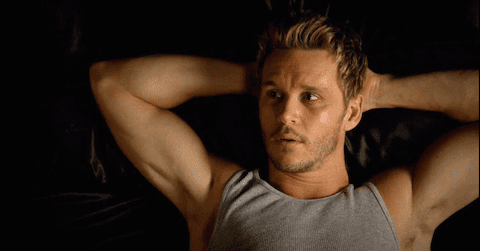 I'm as happy as anyone to see that fan-favorite couple reunited on True Blood, but could the show have served up a more tepid, boring penultimate episode otherwise?

How a season that started (loosely) with the premise of "Zombie Vampires" managed to not only thwart that potentially thrilling plotline, but also townsfolk uprisings, undead undead-daughters and homicidal ancient vampire sex goddesses is completely beyond me. Despite all of season seven's wild ideas, has anything really panned out? The first few times True Blood built up a big bad only to dispense with them without much fanfare felt like clever little twist. But once it became de rigueur for this show, it just got lazy.

Before we head into next week's series finale, let's discuss what little did happen in tonight's episode, AFTER THE JUMP … 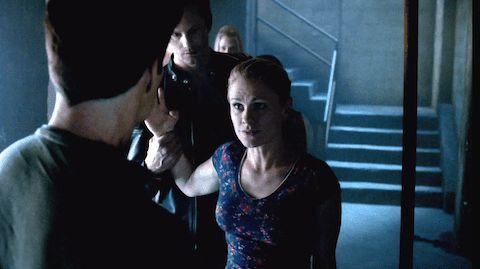 All our friends are in the basement of Fangtasia, and Bill (Stephen Moyer) is still standing firm on his decision not to take the cure. Everyone is like Dude. Take the cure. But Bill is unmoved. Sookie (Anna Paquin) tries to slap some sense into him, but it’s no good. Jessica (Deborah Ann Woll) attempts reasoning with him. No dice. And so Jessica demands Bill release her as her maker, which seems unnecessary since he’s going to be dead soon anyway. But sure. Point taken. 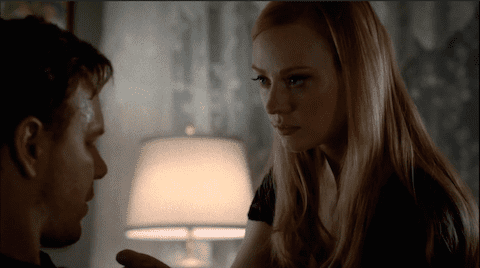 With her newfound independence, she marches right on over to the home of Hoyt (Jim Parrack). His current gf, Brigette (Ashley Hinshaw) isn’t too thrilled to see her, but then, again, who cares? Like, who even are you, Brigette? It is the second to last episode of the series and we have spent more time with you than we have with Sam Merlotte (Sam Trammell) this season. (More on that in a bit.) Anyway, Brigette issues Hoyt an ultimatum: He can go out and hear Jessica’s sob story and end their relationship for good, or … you know what? Does the second option even matter? He chooses Jess. She tells him the story of their love and how she needed time to explore her own dark side.

In the midst of their heart-to-heart, Jason (Ryan Kwanten) arrives. It takes all of about three seconds before Hoyt knocks him out. Jess and Hoyt go inside, where she heals his wounded hand and tells him that she’s had time to figure out who she is. Then they make the sweet, sweet love they were meant to have. Hooray! 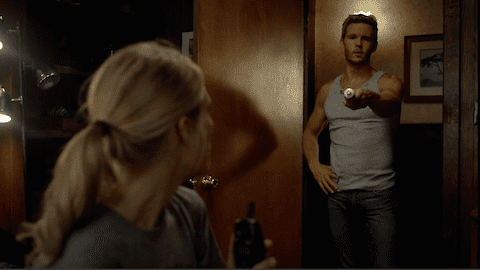 Meanwhile, Brigette (ugh, her again) has whisked away an unconscious Jason Stackhouse in his squad car. When he wakes, he instructs her to take him back to his place, but he will NOT have sex with her. She does’t understand why he thinks she would want to (which is insane; I mean, just look at him). When they arrive at his apartment, he helps her switch her flight by charming the ticket agent on the phone. He decides to bring up how just crazy-in-love Hoyt, Brigette’s ex-boyfriend as of about five minutes ago, is meant to be with Jessica. Brigette responds by inviting Jason to bed with her. Just hold on! It’s not what you think! They’re just going to lay on opposite sides of the bed and giggle and tell each other secrets. It’s her way of teaching Jason Stackhouse how not to have sex with people, which should be a crime.

So, Sam. Sam, Sam, Sam. Sam left Bon Temps. The letter he left for Sookie basically just said “Yup, I’m leaving. I love Nicole (Jurnee Smollett-Bell). I want to see my baby born.” I mean, yeah, the reasoning is sound enough, but I think we could have figured it out with the letter reading scene. That’s it. That’s the whole Sam story for the night. Bye, Sam! Even though you've been here since the first season, we need more time for Brigette.

After the whole death wish thing, Eric (Alexander Skarsgård) visits Bill to have something of an intervention. But Bill actually has a pretty good reason for wanting to succumb to the Hep-V. He recently had a fever dream in which Sookie had given birth to a black void. To death. It made Bill realize that death is all he has to offer her, and, no matter how much terrible stuff he puts Sookie through, she’ll always come back, as long as he should live. So that’s why he doesn’t want to live anymore. He asks Eric to tell Sookie he wants to talk, and Eric escorts Sookie home to meet him. 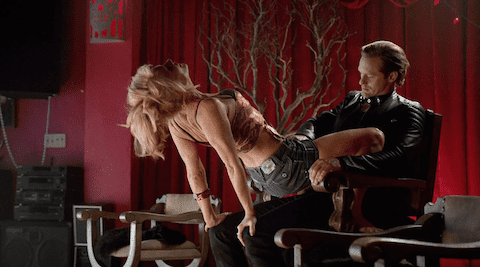 With Sookie safely dropped off at home, Eric heads back to Fangtasia. First things first, he grants Ginger (Tara Buck) her dream and agrees to bang her. The whole ordeal lasts minutes (if that), before she’s overcome with joy and pleasure. He heads downstairs to find the Yakuza holding Pam (Kristin Bauer van Straten) hostage under some sort of stake/pendulum Bond-villain contraption. Mr. Gus (Will Yun Lee) wants to know: Does Sookie know about the cure? He gets Eric to spill the truth, before Mr. Gus asks a follow-up: “Where does Sookie live?”

That doesn’t exactly seem like a positive turn for the series finale. Will the Yakuza come in and just murder Sookie and Bill and maybe even Brigette?

What are your finale predictions?