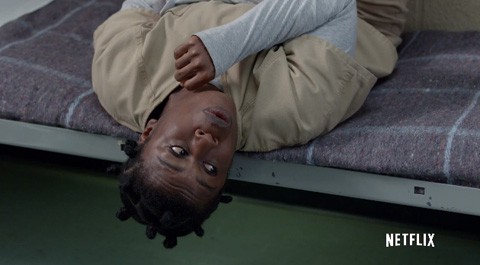 Last night, Uzo Aduba earned herself an Emmy for her breakout role as lesbian prisoner Suzanne "Crazy Eyes" Warren in Netflix's Orange is the New Black.

The series received two other awards, for casting and picture editing, at the creative arts Emmy ceremony Saturday honoring technical and other achievements.

In an emotional speech, Aduba thanked her mother, who came from Nigeria "to make a better life for her family."

She also thanked producers and others for a show "that lets everyone be represented in such a beautiful way."

Orange is the New Black season 3 is set to premiere summer 2015.