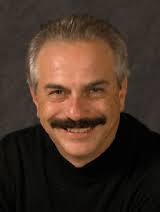 In a WorldNetDaily column yesterday, founder and editor-in-chief Joseph Farah attempted to argue that opposing same-sex marriage can be considered its own form of "sexual orientation" and should therefore be protected under non-discrimination laws.

Citing this month's story of the anti-gay New York wedding venue that was ordered to pay a $13,000 fine after refusing service to a same-sex couple, Farah argues that the owners, Robert and Cynthia Gifford, were simply following their own Biblical-based "sexual orientation"

Farah then proceeds to wrap up his nutty column by logically tying the gay rights movement with Islamic radicals:

When “non-discrimination” becomes victimization of those with different religious and moral convictions, we literally have the establishment of a state religion and, effectively, the repeal of the First Amendment. […]

I only see that kind of coercion demanded among two groups of people today – those who believe in the unlimited power of the state as their “god” and others who believe their god wants them to kill or subjugate all “infidels.”