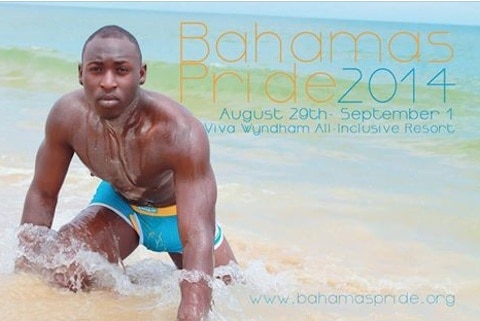 The first gay pride event in the Bahamas has been cut short after one of the event’s organizers received death threats on his Facebook page, reports the Nassau Guardian.

The Bahamas Pride Weekend, which started last Thursday and was set to run until Monday, was “designed to inspire, educate and celebrate the diverse Bahamian LGBT community.”

However, organizer Victor Rollins said he received the threats after he posted pictures of attendees holding pride flags along with Bahamian flags.

Rollins also said that only 11 people other than the event organizers showed, all of whom were foreigners.

He also indicated that local talk shows were particularly vocal in their opposition to the event. Many claimed that God would judge the Bahamas for allowing a gay pride event to take place.

According to The Bahama Journal, Dr. Myles Munroe, President of The Bahamas Faith Ministries International, said the fact that the LGBT community were officially given permission to host the event was “nothing more than a ‘celebration of insanity.’”

In a press statement, Munroe said gay people are blind to the fact that they are contributing to extinction of the human race:

“I am not sure what their mission or goals are in this effort but obvious they have received enough incentive and motivation to attempt something that 90 per cent of The Bahamas and Bahamians consider unacceptable and violates their collective convictions, moral standing and values.

“Perhaps it may be helpful to first ask a simple yet profound question; “Is it civil, right, reasonable, logical, sane to promote a cause, lifestyle or practice of a behavior that could in its ultimate conclusion cause the extinction of the human race. It is insanity to demand the ‘celebration’ of your own extinction.”

Both male and female same-sex sexual activity is illegal in the Bahamas.