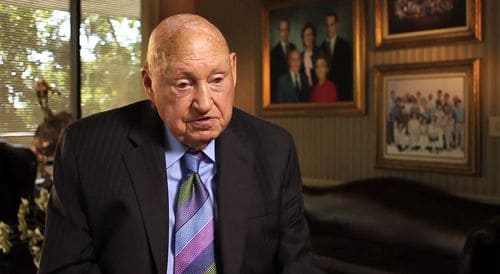 S. Truett Cathy, the founder of Chick-fil-A who shaped the fast food chain's corporate culture around his Southern Baptist beliefs, has died at the age of 93. 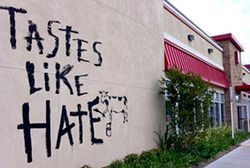 Under the religiously conservative founder, the chain gained prominence for its Bible Belt observance of Sunday — none of its hundreds of restaurants are open on that day, to allow employees a day of rest. Its executives often said the chain made as much money in six days as its competitors do in seven.

Cathy’s son, Dan [pictured below], who is currently chairman and president of the chain, had told the Baptist Press in 2012 that the company was “guilty as charged” for backing “the biblical definition of a family.” 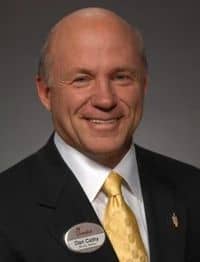 Responding to Cathy's comments and the company's longstanding ties to a multitude of anti-gay causes, boycotts and kiss-ins were held at Chick-fil-a's across the country. Anti-gay supporters of Cathy, meanwhile, launched a 'Chick-fil-A Appreciation Day' that led to record-setting profits for the fast food chain.

Back in March, Dan Cathy expressed his desire to put the anti-gay controversy behind him, despite continuing to oppose equal rights for LGBT people.

The company's official corporate purpose continues to state that the business exists "To glorify God by being a faithful steward of all that is entrusted to us. To have a positive influence on all who come in contact with Chick-fil-A."