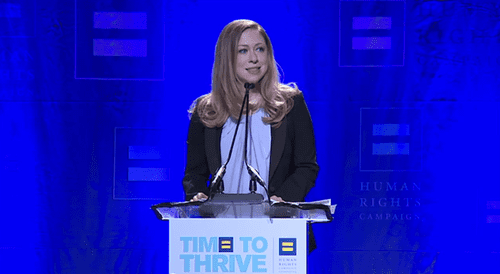 Marc and I are full of love, awe and gratitude as we celebrate the birth of our daughter, Charlotte Clinton Mezvinsky.

Clinton married investment banker Marc Mezvinsky in 2010. CNN adds that Clinton waited for the birth to find out the gender of her baby, recently saying in an interview "There are so few mysteries in life…in which any answer is a happy one."