Robert Gallaty, a pastor at a Southern Baptist church near Chattanooga, Tennessee, said in a sermon last week that god wants LGBT people to be put to death 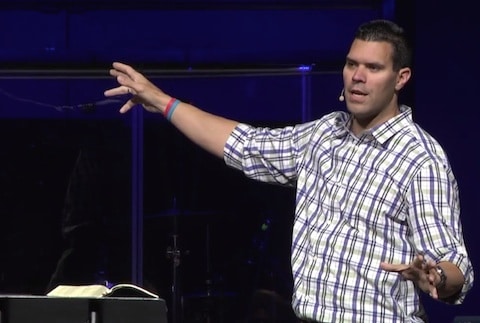 Robert Gallaty, a pastor at a Southern Baptist church near Chattanooga, Tennessee, said in a sermon last week that god wants LGBT people to be put to death, reports The Raw Story.

In the hour-long sermon, Gallaty also claimed that although Christians have repented for racism, they will never repent for homophobia because African-American people cannot change the color of their skin.

Explaining the biblical basis for the death penalty, he said:

“God said that the sins of the people had infected the very land in which they live. So what happens to people who engage in this activity, this sexual immoral activity? Go to Leviticus 20, god gives us the punishment for engaging in these sins… ‘If a man sleeps with a man as with a woman, they have both committed a detestable thing. They must be put to death. And their blood is on their own hands.’”

Comparing homosexuality to addiction, he said that same-sex attractions is “the same desire I had to get high and score dope years ago.”

Gallaty also suggested that God is active in the “ex-gay” movement, claiming he told a gay member of his congregation that he “may have to remain single for the rest of your life…the cool thing is this: God, over time, will heal you.”

Back in June, Rick Perry made a similar claim when he said that a homosexual deciding not to be gay is the same as an alcoholic choosing to not have a drink.

Watch the full sermon and the edited highlights, AFTER THE JUMP…

God's Standard for Sexuality from Brainerd Baptist Church on Vimeo.