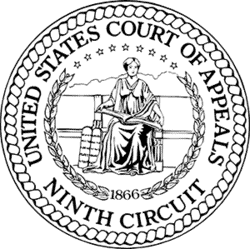 In two rulings on Tuesday, a three-judge panel on the U.S. Ninth Circuit Court of Appeals ruled against the bans on same-sex marriage in Idaho and Nevada. Writing for the court, U.S. Circuit Judge Reinhardt says judges found the law were unconstitutional by subjecting them to heightened scrutiny.

Back in September, our legal editor Ari Ezra Waldman noted that the judges were highly skeptical of the anti-equality arguments, and predicted this unanimous decision.

Three progressive judges, though more muted in their questioning than Judge Posner was at the Seventh Circuit, were no less skeptical of the homophobic, ahistorical, misleading, misdirected arguments against allowing gays to marry. The hearing was a testament to how far we have come since the last time marriage equality was before Judge Reinhardt. The 2 to 1 decision in the Prop 8 case was an exercise in caution, an attempt to give the Supreme Court a way to support marriage equality without jumping ahead of too much of country. But at that time, we didn't have Windsor, we didn't have several other appellate courts declare bans unconstitutional, and we didn't have an emerging consensus written down in appellate and district court opinions. At that time, we had only a handful of marriage equality states; today, we have 19 states and the District of Columbia with equal marriage, covering more than 44 percent of the population. Today's hearing will result in an opinion with none of the hedges and narrowings of Perry. It will likely be unanimous and another sign that this debate is nearing its end.

Stay tuned for more updates on this breaking story.