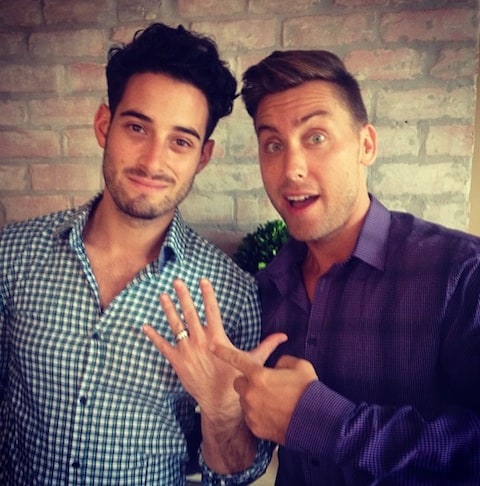 Last month, the former NSYNC-er celebrated the one year anniversary of his proposal to Turchin by popping the question a second time with a new engagement ring.

Bass also told the magazine that although there will be a NSYNC reunion at the ceremony, he won't be singing, saying "I think it's a little cheesy if I sing at all at my wedding."