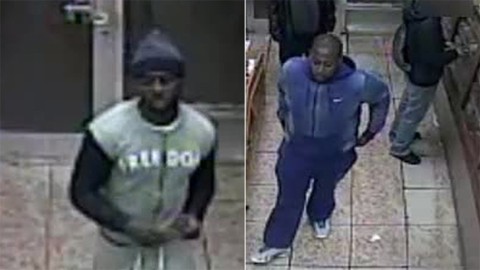 New York police are hunting for four men who beat a 28-year-old transgender woman unconscious in Brooklyn on Sunday night, reports the Daily News. Two of the suspects are pictured above, captured on a local store’s surveillance camera. 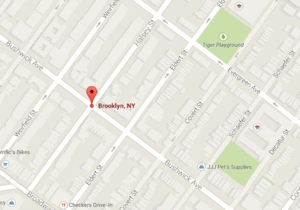 The woman, a client of New Alternatives for Homeless LGBT Youth, was attacked on Bushwick Ave. and Halsey St. at around 11:20 p.m.

According to witnesses, the victim was nearing the corner when the attackers started yelling “faggot.” When the woman yelled back, the group followed her, kicking her repeatedly until she fell to the ground. Reported to be in a critical condition, she was struck with a plexiglass board and knocked unconscious while on the ground.

New Alternatives executive director Kate Barnhart said that it is not clear if the victim will have permanent brain damage.

The NYPD Hate Crimes Task Force is investigating the incident as a hate crime.

Last month, police in New York arrested and charged two men and a teenage boy with menacing, third-degree hate crime and assault in the first degree after they chased and shot at a gay man in Brooklyn. The victim was dressed as a woman at the time of the attack.

Watch a CBS New York report, AFTER THE JUMP…