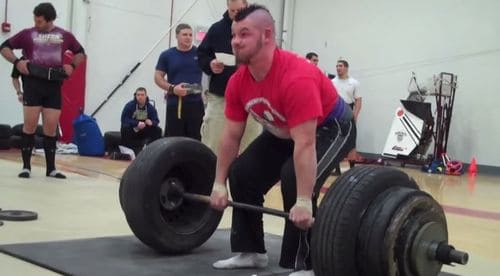 Rob Kearney is one tough dude. In addition to being ranked the 2nd strongest middleweight champ in the world, Kearney also recently became the first openly gay man to be actively competing in a professional level international strongman competition.

Kearney made the announcment via Facebook last week, writing:

In an interview with sporting site Starting Strongman, Kearney shared what the reaction has been like following his coming out:

There's also a great feature piece over at The Next Level that further dives into Kearney's professional accomplishments and what his coming out means for the sport.

You can also check out Kearney in action, AFTER THE JUMP…