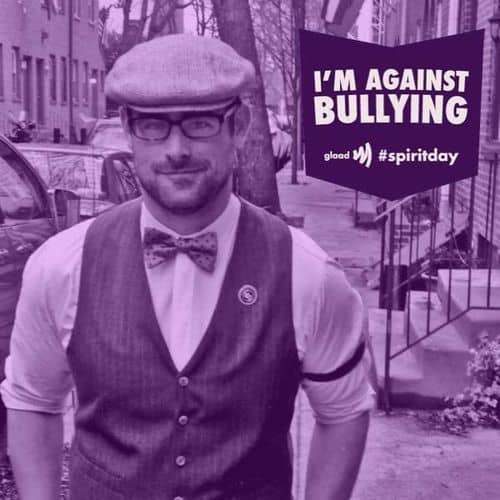 Today marked Spirit Day, an annual observance where individuals from across the country and from all walks of life go purple to take a stand against bullying and show their support for LGBT youth.

This year marked the fifth anniversary of the event – with a large number of actors, musicians, politicians, athletes, and news anchors all taking part.

Check out some of the big names and faces, AFTER THE JUMP…

Today I #GoPurple for LGBT youth on #SpiritDay NO MORE Bullying! Free ourselves. Kindness is contagious. @glaad pic.twitter.com/8h9Ujceghw

Today my profile is purple for #SpiritDay. Bullying of #LGBT youth is unacceptable. All students should be able to attend school w/o fear.

I'm wearing purple for #SpiritDay. Join me and take a stand against bullying. pic.twitter.com/PaXXyGYBhj

Sporting purple with the man, @iamroblewis this morning! #spiritday pic.twitter.com/G7gZdraGH5