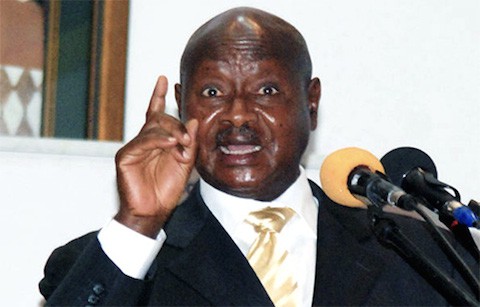 There's a special place in hell for Anita Bryant for helping to popularize the myth that the gays are after the world's children to recruit them to the cause, like some fabulously well-dressed militant regime. This fueled one of the cries – and lies – spread 'round the world that people and governments are anti-gay because they just want to protect the children. We've seen it in Russia, the U.S., and of course Uganda.

The "protecting the children" rational is a lie through and through, of course, and Uganda at least is proving it to be as such. Ugandan President Yoweri Museveni claimed that he signed on to his country's viciously anti-gay laws to ostensibly protect children and prevent them from being "recruited" into the deviant homosexual lifestyle, but either he never really believed that or the "recruitment of children" isn't that big of a deal as Museveni is now backtracking on those laws.

Though the author of the anti-gay laws said that any international backlash would be "worth it", President Museveni is singing a different tune, saying that his country could endure aid cuts, but that trade boycotts would be devastating:

It is about us deciding what is best for our country in the realm of foreign trade, which is such an important stimulus for growth and transformation that it has no equal.

He still takes a chance to make a nasty stab at homosexuals and still blame them for his country's troubles, however:

How about just leaving the snake alone, knowing that it always was and always will be a snake, and letting everyone live in peace?