Reading the Sixth Circuit's opinion permitting states to ban same-sex marriage is a cognitively dissonant experience: the opinion isn't really about gays, marriage, or gay marriage. It is, as the dissent notes, an "engrossing TED talk" on political philosophy or democracy. It is, in other words, a magician's misdirection.

The Sixth Circuit's conservatives do not want us to realize that what they just did is tear away equal and fundamental rights from real committed, loving couples, many of whom are raising children. Rather, they want us to think that they were hamstrung by their humble roles and the narrow confines of their judicial charges. Well, they can't fool us and they won't fool Justice Kennedy.

In a meandering opinion riddled with rhetorical questions rather than reasoned legal analysis, Judge Sutton (above, middle) argues, essentially, that he cannot affirm the unconstitutionality of bans on same-sex marriage because he is handcuffed by three things: Baker v. Nelson, the limited role of the judiciary and the Constitution, and eons and eons of social tradition. His language suggests, not too convincingly, that he would jump at the chance to allow gays to marry if he were a voter or a legislator. But as a judge, sitting in an intermediate appellate court inferior to the Supreme Court, he can't. He just can't.

Don't let Judge Sutton's rhetoric fool you. Behind the gloss of reasonable-sounding respect for the dignity of gay persons lies the same odious discrimination we have been hearing from the rump of the radical right still apoplectic that two men or two women can marry. 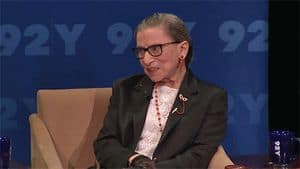 This is the first in a series of columns on the Sixth Circuit's decision; there are just too many pieces to this opinion to cover at once. Stay tuned to Towleroad over the next few days for special in-depth coverage and analysis.

Let's begin with a general summary of Judge Sutton's primary motivating point, AFTER THE JUMP…

Judge Sutton's overriding concern, repeated a number of times during the opinion, is that it is his not his place to cut short a political process that is playing itself out in the states. Voters and elected officials are deciding what marriage laws they want and it is not for the federal judiciary or the Constitution to get in the way. He states: "Not one of the plaintiffs’ theories, however, makes the case for constitutionalizing the definition of marriage and for removing the issue from the place it has been since the founding: in the hands of state voters." 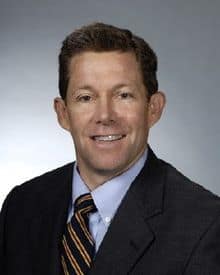 By claiming a so-called "humble" judicial posture, Judge Sutton is situating himself firmly within conservative legal doctrine for the last 50 years. The Warren Court, the 1960s progressive Supreme Court that revolutionized our relationship to the Constitution and finally turned it into the tool of justice it could be, was everything conservatives hated in that it was "activist," results-oriented, and cavalier with original tradition. Modern conservative legal theory is based, in large part, in opposition to the muscular justice of the Warren Court, which saw the judiciary as the guarantor of rights for those excluded or marginalized from the political process.

Conservatives disagree. The courts should step back and let politics rule. Conservatives feel that the Warren Court "constitutionalized" too many things, created too many rights in the body of the document. Conservatives see the Constitution as an old statement of minimal rights and privileges upon which states are allowed to build stronger structures if they please, but are not compelled to do so. That view played out in these marriage equality cases: the Constitution mentions nothing about marriage equality; states are free to do what they want with it.

The "politics" here are voter-approved same-sex marriage bans. And to those bans, Judge Sutton does nothing less than abdicate his judicial role. He throws up his hands and says (asks): How can I say that banning gays from marrying is irrational, hateful, or discriminatory when (a) that's not my job, (b) it's always been this way, and (c) neither the Supreme Court nor the Constitution says anything explicit to the contrary.

To prove that it is not his job, he gives us a pages-long lecture on federalism and separation of powers. To prove that it has always been this way, he types the word "millennia". And to prove that the Constitution and the Supreme Court do not compel him to act, he relies on the canard of Baker v. Nelson and the explicit plain language of the Constitution. Judge Sutton is not only wrong on all counts, he misunderstands the interplay between the Constitution, Court interpretation, and his job.

Baker, as I have discussed before, was a summary dismissal of a same-sex marriage ban challenge for lack of a federal question. It has, technically, never been overturned. To Judge Sutton, that means that something must pull him, kicking and screaming, from the default of dismissing this challenge pursuant to Baker. He found no such pull because there has been no explicit reference to it since. Essentially, Judge Sutton wants to be spoon fed: he stays idle until someone cuts his meat for him.

His yen for explicit instruction doesn't stop there. He, like Justice Byron White in Bowers v. Hardwick, misdefines the right at issue in this case. For Justice White, opponents of anti-sodomy laws were asking for a constitutional right to gay sex; for Judge Sutton, marriage equality advocates are asking for a constitutional right to get gay married. Both are wrong. As the Court noted in Lawrence, Bowers was really about a constitutionally recognized right to intimately associate with whom you please. Marriage equality cases are out of a similar vein and they involve the right to marry, not anything different.

Nothing except Judge Sutton's own biased conception of the role of the judiciary compels him to wait for explicit instructions on every aspect of a case before making a decision. Indeed, that is tantamount to an abdication of the judicial function.

In our next post, we will discuss and critique a few of Judge Sutton's arguments in detail.

Previous Post: « Tom Daley and Dustin Lance Black are Offering Someone a Double Date in London: VIDEO
Next Post: ACLU to Appeal Sixth Circuit Decision to the U.S. Supreme Court »